Home › “Silence is Not A Cure” › Chuck Gallagher, Director 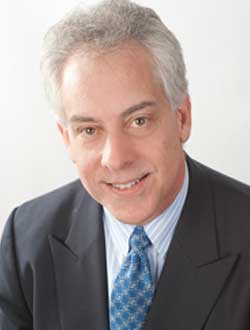 Currently COO of a national company and a former Sr. VP of Sales and Marketing for a public company, Chuck Gallagher found his sales niche early in life selling potholders door to door. At age 16, he convinced some folks to fund his first record album. It was clear from the start that motivating others was a natural gift. From there he moved on to the school of hard knocks that provided a fertile training ground for Chuck’s lessons in success.

In the middle of a rising career, Chuck lost everything due to some bad business choices. He has since rebuilt his career and his life back to immense success. With more vulnerability than the average speaker, Chuck shares with audiences his life journey, the consequences of making bad choices, and how life can give you second chances when you take charge and make the right decisions.

Beyond business and ethics, Chuck was diagnosed at the age of 47 with prostate cancer. Today having been treated twice for the original diagnosis and a minor recurrence, Chuck is passionate when speaking about his experience with Prostate Cancer. “Education is key to understanding, preventing and successfully overcoming this silent killer that impacts 250,000 men annually in the United States”. Chuck believes it is critical for men to speak up about this disease. In fact, his blog on Sex following Prostate Cancer has been his #1 read blog for the past 6 years, attracting thousands annually.

An industry professional, he shares practical tested and time proven methods that motivate audiences into action.  What Chuck shares in his presentations, whether training, keynotes or consulting, are understandings of not only “how to”, but also “what motivates people to change their behavior”—so they can achieve both personal and professional success.

Chuck’s new book, SECOND CHANCES: Transforming Adversity into Opportunity, has received numerous endorsements and has been described as one of those rare books that effectively bridges the gap between personal accountability and success.

On average, 1 out of 6 men will be diagnosed with prostate cancer.