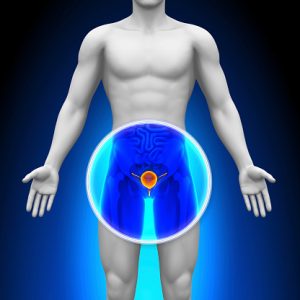 Prostate Cancer …Silence Is Not A Cure

Conversations Real Men Must Have Now

Men are dangerously oblivious about the importance of family links and prostate cancer according to a research study out of the UK. More than 50% of men interviewed did not know about the importance of having an honest conversation with relatives and their faily doctor about prostate cancer – the most common cancer in men. In a related study, just 20% of men were aware they had a prostate or what function it preformed in the male body.

And it gets scarier. About two-thirds of men with a family history of prostate cancer are disturbingly clueless of their heightened risk due to genetics. Half of the men interviewed were unaware that a family link makes you two-and-a-half times more likely to be diagnosed with this disease. Its not only men who are impacted by prostate cancer. Studies also suggest that women who have a close male relative (father, brother etc.) with prostate cancer are themselves 17% more likely to develop breast cancer than women whose families have not been impacted by the disease.

The findings about male unawareness are not confined to Europe. In the United States, family doctors rarely ask their male or female patients if a close relative was impacted by the disease.

Family risk such as a brother, father or grandfather with the disease should be a call for any man to take control of his health. Every man needs to take the time to find out more about his family history and proactively discuss it with their GP. Men who are proactive have significantly higher cure rates vs. those who choose to remain silent.

At PCaAware lectures and workshops, we encourage men to ask their dads, brothers, grandfathers, partners and friends about prostate cancer and urge them to book an appointment with a doctor if they have a family history of the disease.

The ultimate goal is to develop more accurate diagnosis methods, so that men do not slip through the net. But until that point is reached, awareness of the risks, the willingness to speak out and the courage to take positive action are the best ways to catch the disease early.

An associate of mine was diagnosed with advanced prostate cancer at 45. He had no prior knowledge that his father had the disease until he confided with his mother. He was shocked when she said “Oh your dad had that years ago.”

Like many men his father had built a wall of silence around his disease and chose never to discuss it. My associate never knew that the discomfort he was experiencing with frequent urination was an early warning sign of undiagnosed prostate cancer.

Being unaware of family history resulted in him living with untreated prostate cancer for years. Fortunately, his advanced disease was still treatable. He continues treatments to this day. Speak with your doctor about your risk. Make sure other male relatives are aware of this potential threat.

This just might be the most important conversation you will ever have.

Prostate cancer is 2nd only to lung cancer as the most deadly cancer for men.